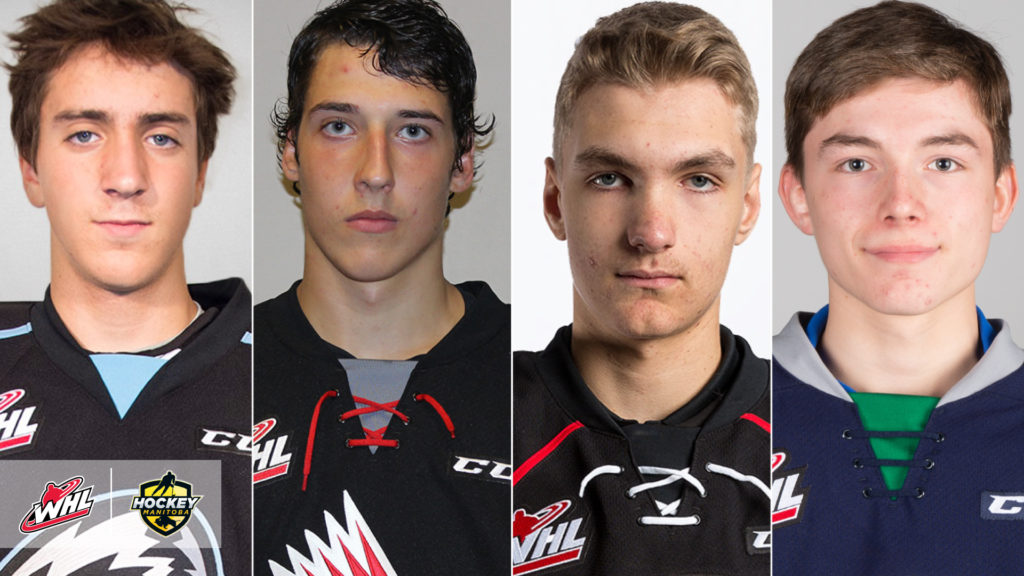 Overall, 12 WHL teams are represented on the roster for Manitoba, with the ICE, Cougars, Seattle Thunderbirds, and Victoria Royals each represented by a pair of players. The Brandon Wheat Kings, Calgary Hitmen, Moose Jaw Warriors, Portland Winterhawks, Prince Albert Raiders, Regina Pats, Spokane Chiefs, and Vancouver Giants are each represented by a single player. The 16 players consist of one goaltender, five defencemen, and 10 forwards.

The 16 players on Team Manitoba bring the total number of WHL players of the four Western Canadian provinces to 74 out of 80 possible players. Of the six remaining players, two are eligible to be selected at the 2019 WHL Bantam Draft, including Strathclair, Man. product Conor Geekie.

The players and staff will continue the province’s pursuit of their first gold medal in men’s hockey. At the 2015 edition of the tournament in Prince George, B.C., Manitoba claimed bronze, their third-ever time reaching the podium, earning silver in 2007 and bronze in 1991. Overall, the four provinces from Western Canada have won 20 of the 39 medals awarded in men’s hockey since the sport was introduced in 1967, including seven gold medals, seven silver, and six bronze.

Hockey Manitoba is excited to announce the roster for our U-16 Male #TeamMB that will compete for gold at the 2019 @CanadaGames in Red Deer, AB from Feb. 14-25!