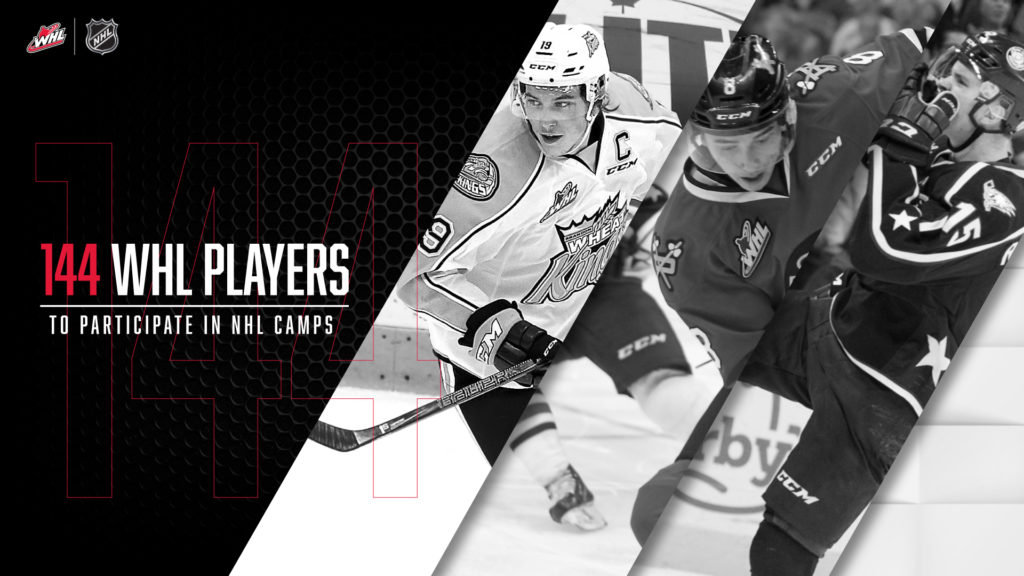 Calgary, Alta. –  The Western Hockey League is proud to announce 144 WHL players will attend NHL rookie and training camps in September. All players are eligible to return to the WHL for the 2017-18 season.

Of the 144 players attending, 89 were selected in the NHL Draft, including Brandon Wheat Kings forward Nolan Patrick, who was chosen second overall by the Philadelphia Flyers at the 2017 NHL Draft. Regina Pats captain Sam Steel – the reigning WHL scoring champion – was a first-round selection of the Anaheim Ducks in 2016 and will be in camp with the club. The remaining 55 players were provided NHL camp invites.

All 22 WHL teams are represented, with the Portland Winterhawks leading the charge with 12 players at NHL camps, including Cody Glass, the first draft choice in Vegas Golden Knights franchise history.

Overall, the U.S. Division is sending the most players out of any WHL division, with 39 players off to NHL camps. The East Division will see 38 players attend NHL camps with the B.C. Division (36) and Central Division (31) close behind.

Overall, 86 forwards, 48 defencemen and 10 goaltenders from across the WHL will attend NHL camps in 2017.

The following is a list of WHL players, sorted alphabetical by team, who will attend NHL training camps: