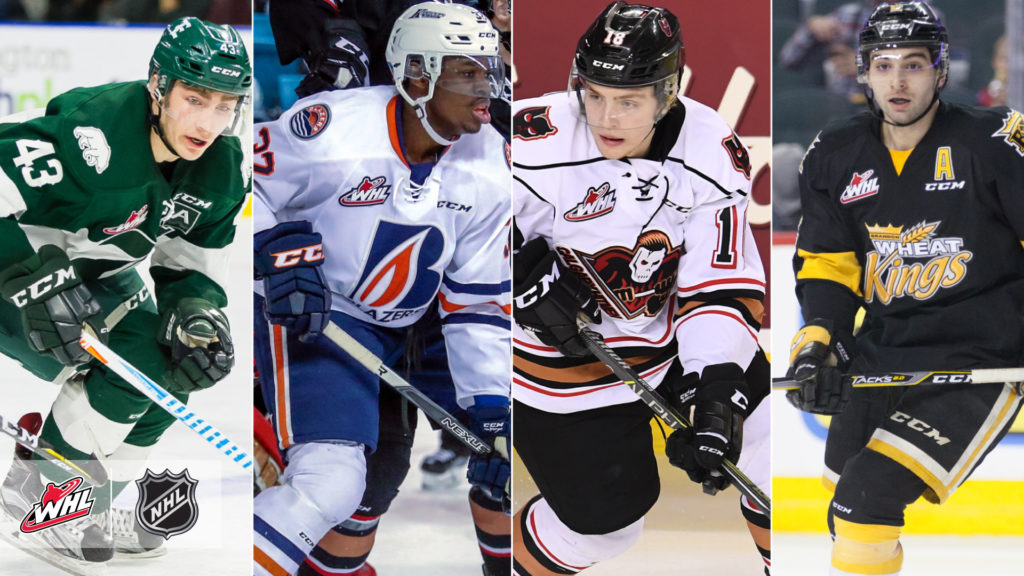 Calgary, Alta. –  The Western Hockey League is proud to announce 117 WHL players will attend NHL rookie and training camps in September. All players are eligible to return to the WHL for the 2018-19 season.

Of the 116 players attending, 73 were selected in the NHL Draft, including Spokane Chiefs defenceman Ty Smith, who was selected 17th overall by the New Jersey Devils at the 2018 NHL Draft. Seven of the players attending NHL rookie and training camps were signed directly by NHL clubs, including Lethbridge Hurricanes captain Jordy Bellerive. Seven other players are currently free agents heading into their 20-year-old season with their respective WHL club. The remaining 30 players were provided NHL camp invites.

Overall, the East Division is sending the most players out of any WHL division, with 36 players off to NHL camps. The U.S. Division will see 34 players attend NHL camps with the Central Division (26) and B.C. Division (21) close behind.

Overall, 57 forwards, 46 defencemen and 14 goaltenders from across the WHL will attend NHL camps in 2018.

The following is a list of WHL players, sorted alphabetical by team, who will attend NHL training camps: