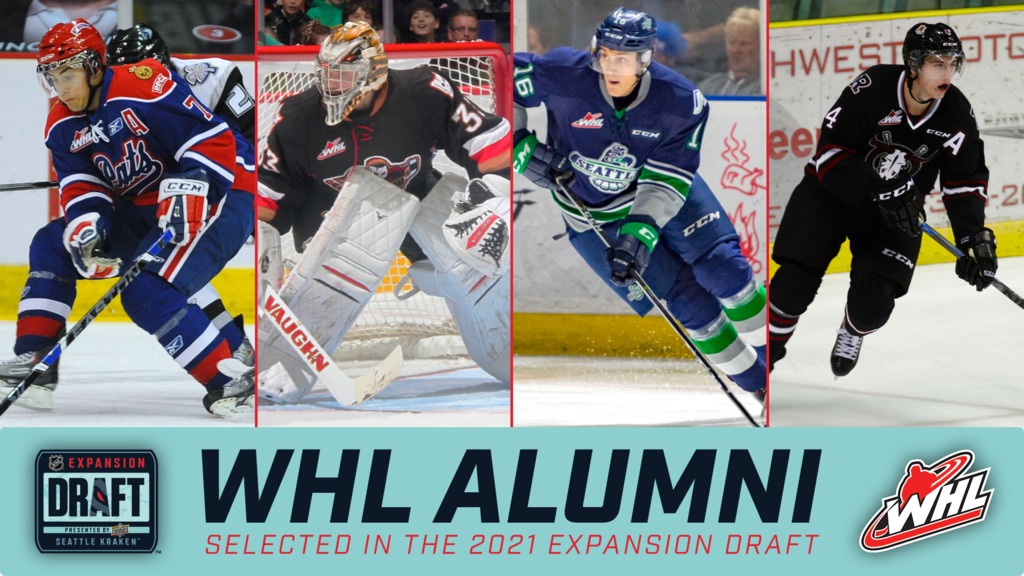 11 WHL Alumni were selected by the Seattle Kraken in the 2021 NHL Expansion Draft Wednesday.

Four former U.S. Division players return to the Pacific Northwest including Danish forward Alexander True, who scored the deciding goal for the Seattle Thunderbirds in the 2017 WHL Championship.

In all, the Kraken selected one goaltender, three defencemen and seven forwards who formerly skated in the WHL.

The players selected by the Seattle Kraken with ties to the WHL are:

The Kraken also hold the second overall pick in the 2021 NHL Draft, which is slated for July 23-24.