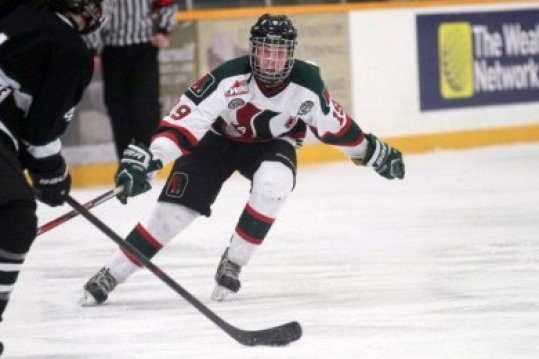 Listed at 5’11 and 178 pounds, Yaremko posted solid numbers in his bantam year.  The Spirit River, Alberta-native was a member of the Alberta and Western Canadian AAA Champion Southside Athletic Club Southgate Lions, playing in 33 regular season games and collecting 28 goals and 69 points.  Yaremko also finished the regular season just outside the top-10 in the AMBHL scoring race, then finished 3rd overall in league playoff scoring after compiling 11 goals and 25 points in 11 games.

“Nolan is a skilled forward and we are pleased that he has chosen our program for his hockey development,” stated Tory.  “We look forward to watching Nolan compete at training camp in August.”

Tri-City Americans season tickets are now available for the 2013-14 season.  Season ticket plans can be purchased by using several, convenient monthly payment schedules.  Call 509.736.0606, visit AmsHockey.com or drop by the Americans offices’ at the bottom level of the Toyota Center for more information.